In April of 2021 we launched the subsidised Fruit & Veg’ box scheme for households on Income Support and other benefits. With this project households receive a box of fresh, seasonal produce each fortnight at the price of £3 per box with contents valued at around £15. The scheme was developed to make healthy food more accessible to residents in Bassetlaw. Initially we decided to run the scheme for 6 months to see how it would progress and we now have a waiting list for new users because of the success of the project! 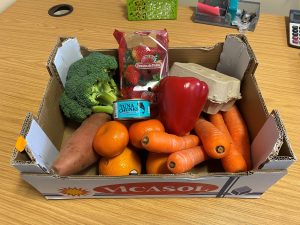 With this in mind we want to expand the scheme and, according to the Healthy Eating Team, children in Bassetlaw are deficient in vitamins A, C, D and folic acid. We want to develop a service targeted to children to provide foods high in these nutrients. That’s where the Children’s Vitamin Box scheme comes into place. Operating under the same guidelines as the subsidised Fruit & Veg’ Box scheme it will be available to children in low-income families. The contents of the box will be specific foods high in the necessary nutrients. Contents would include broccoli, peppers, carrots, sweet potato, strawberries, oranges/satsumas, eggs and tuna.

But, before we can launch the scheme we have to secure the funding to cover the project’s costs. We are happy to announce that we have already received donations from the Hollick Family Foundation and the Worksop Lions! The project is now 70% funded which means there’s only a little more to go before we can get it up and running.

A big thank you to the groups that have already donated! We can’t wait for the project to be live. 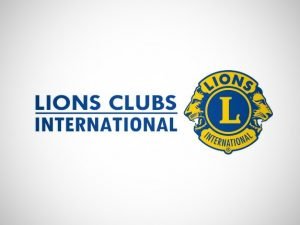