Bassetlaw Food Bank held our Annual General Meeting on Thursday 16th June at The Well in Retford. A lot has changed for the charity in the last 12 months, we have launched new projects like our subsidised Fruit & Veg’ Boxes and the Lunch Club in Harworth, and thanks to a grant from the National Lottery the Food Bank has a secure home. This means we can look to the future. 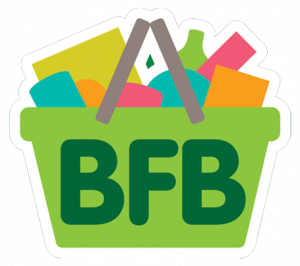 The Charity’s was established in 2012 to promote any charitable purpose for the benefit of the community in Bassetlaw and in the surrounding areas by the advancement of education, the protection and preservation of health and the relief of poverty, sickness and distress.

Reverend David Bean, the longest serving Trustee of the Food Bank, took the opportunity to thank the Trustees, Staff and supporters of the Food Bank. He recalled that when Bassetlaw Food Bank was set up those involved hoped it wouldn’t be a permanent institution, however we are still not out of business and not likely to be any time soon. Today we are as in demand as ever supporting residents in Bassetlaw.

The Chair of Trustees, Kevin Dukes, delivered a moving report reflecting on the past year. He said: We’re here again, wishing that the Food Bank wasn’t necessary, but the remit is not solely a Food Bank, it’s to support people. New projects work towards this remit, and the charity is always preparing to continue to support those in need.

There will always be people that need support. We look to the future to give our best shot at being there to support Bassetlaw in whatever way that might be. The founders made it clear the charity is not tied to anyone, it is open to all residents of Bassetlaw. We are a non-political organisation, but this situation is not political, it is reality. The numbers we support are growing and that is down to poverty.

We fear that the steady increase will continue. Bassetlaw is a rural constituency which means we have lots of people who have ‘disappeared’. While there is a lot of support in the conurbations there are a growing number of people in rural setting struggling. For example, those in areas so rural their homes are ‘off grid’ rely on oil tanks for power. Those oil tanks cost £800 to fill last year, they now cost around £2,200 to fill.

This is a real problem for Bassetlaw. The charity has things in view to help the rural settings, who have never needed help before, who are too proud to ask, stuck at home or who can’t access help. We know families are on the cusp of poverty and food insecurity and we want to reach them before they fall into needing emergency food parcels. We have plans to come over the next few months to support them, we need to be ready.

It’s important that Bassetlaw Food Bank moves forward and doesn’t rest on our laurels. It is important that the third sector works together, a scatter gun approach is not the best use of resources for residents.

The Community Hub is an exciting project for the charity, moving forward potential support for social eating and cooking projects to support one of our most deprived communities in Manton. It also gives scope for an educational offer, and we will be developing this over the next year.

I constantly thank the employees, for going above and beyond working evenings and weekends supporting projects and being a real credit to Bassetlaw Food Bank.

Thank you to the Trustees, it is not an easy role and the responsibility shouldn’t be glossed over. They are here with a hope to support the charity, and to be a critical friend. Thank you for doing that well and supporting the as Chair.

We know we can’t thank the volunteers enough. They are caring, cheery, always looking to help and support, questioning, engaging and positive. They are untiringly a fantastic group of people and we want to put on record how much we appreciate them.

Finally, thank you to the residents of Bassetlaw who really support us, who take us into their hearts. The donations we receive show the phenomenal level of support, through Just Giving, the market stall, donation points in supermarkets and businesses. Without that support we wouldn’t be where we are today. Our local community offers fantastic support for Bassetlaw Food Bank and our most vulnerable.